My grandfather and I watched the Apollo moon landings together.  It was an amazing time to be alive.  The stereotypical NASA control room voice and the Houston engineers being hazily filmed as they diligently fulfilled their roles in that control room were classic.  Their collective outbursts of over-the-top joy when historically important and incredibly significant things happened perfectly, burned the memory of the Apollo program deeply into my heart.  It gave special meaning for me to all of the films and songs that would later arise out of those first glimpses of aerospace teamwork and excellence, achieving an American dream, a dream fulfilled for all of humanity.

My grandfather worked as a quality technician within the Apollo program and was much of the inspiration which led to my becoming a scientist and engineer.  My grandmother inspected electronic components manufactured for the Apollo program, which translated into my appreciation for avionics.  My mother did keypunch data entry for the organization supporting the Apollo program, and she let me help her when she could… so it should be no surprise that I was fascinated by computers and software. 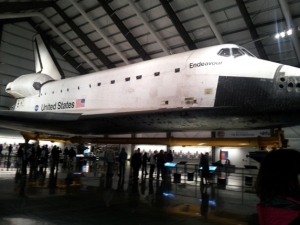 I was a small child during Apollo, but later went to become a quality assurance manager for the Space Shuttle Main Engine (SSME) program, overseeing Avionics and Controls.  Space adventure was in my blood.  Perhaps my thirst for the stars was even in my genes.  I cried tears of pure joy each time I watched as a shuttle’s engines carried it safely out of our atmosphere and into space.  Tears came to my eyes again when I observed the shuttle Endeavor and the lone mounted SSME at the Los Angeles Air and Space Museum exhibit. 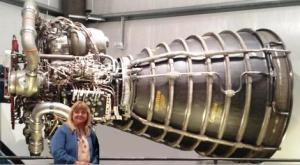 That is the engine’s controller, which I personally helped provide, mounted right behind my head!  It brought full circle another generation of my family’s striving for the stars.

Several years ago, I was one of the final two candidates being considered for the role of quality manager within Virgin Galactic’s fledgling “The Spaceship Company” (TSC), in Mojave, California.  Sadly, I did not win that position, however, I went on to become a quality systems manager for the huge medical device manufacturer, Johnson & Johnson.  There, I realized how very much of what I had learned while working within aerospace could be effectively applied to my new role within FDA-regulated industry.

My love for all things related to space exploration has been steady, however.  Last year, I attended the Spaceport Los Angeles after party in association with the 2016 Space Tech Expo held at the Pasadena Convention Center, near NASA’s Jet Propulsion Laboratories and CalTech (both now made even more famous by the popular TV series, “Big Bang”).  SpaceportLA’s organizers will be gathering again next week, October 20th, in Lancaster for a panel of speakers on “The Future of Air & Space Travel”.  For more information about that event, visit the SpaceportLA website or contact the organizer at: norris@spaceportla.com.

For all of these reasons, I was very happy to see that John Golden, Chief Strategy Officer for Pipeliner, is offering a free download of an eBook titled: “Accomplishing the Impossible:  Lessons from the Apollo Space Program” by Nikolaus Kimla.  Of course, you do need to provide an email address to download it, so it isn’t entirely “free”, but that seems a very small price to pay for the 40-plus pages of hard won management wisdom.

If you enjoy John Golden’s eBook download, you may also enjoy an article I published which includes additional lessons learned from the Apollo Program.  Although I wrote it in 2009, immediately after I had attended an amazing expert panel hosted by AIAA, I believe that the information remains as relevant today as it seemed then.  The panelists included John Casani, a former Program Manager on the Voyager, Galileo and Cassini programs, Wil Swan, former Program Manager for the Apollo Landing Impact Systems, and Chuck Lowry, former program manager for the landing module parachutes used in the Apollo Program.  You can view that article on the CAPAtrak Blog here:  https://capatrak.wordpress.com/2009/09/18/lessons-learned-while-reaching-for-the-stars/.

I hope you’ll enjoy the business and career wisdom each of these publications has to offer, as we move toward our holiday season in the United States:  Halloween, when we and our children can play at being whatever we dream of being, perhaps even a space explorer; 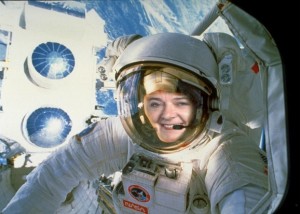 Thanksgiving, when we can express our gratitude for the things that make life a joy, including the inspiration from those who achieved their dreams before us, the wisdom from those who helped make it possible, and the creativity of those working to fulfill new dreams today;  Christmas and similar winter holidays, when gifts given are often representative of another step in the direction our dreams are taking us, acknowledged through the generosity of our loved ones; and the New Year, when we celebrate what we achieved within the past 12 months and establish new goals while turning our attention to the future.

Finally, Editable CAPA Form Templates for as Low as $1